Everybody’s got the thing they need to persevere through. Their struggle, their looming catastrophe. Entrepreneurs, leaders, employees, startups. Especially startups.

Reid Hoffman, founder of LinkedIn and major investor in many other big startups, knows. In fact, on his Masters of Scale podcast he recently shared this truth as well as what he tells any startup that’s facing its darkest moment. Here’s what he said:

At some point, and usually at many points, the startups I’ve founded or invested in hit dark days. The company faces an existential threat. It will live or die on how the emergency plays out. The team is tired. The team is discouraged. The team is scared. And one of the things I’ll do is give them a speech that sounds something like this:

“If startups were easy, everyone would do it. They’re hard. But that hardness is the thing that gives you the chance to change the world. All startups go through a valley of the shadow. All of them–PayPal, LinkedIn, things that I’ve done personally, things that I’ve invested in, Facebook, Airbnb–have valleys of the shadow, where you’re like, ‘Why did we think this was a good idea? We didn’t realize there was going to be this landmine, that it was going to be this hard.’ But that’s where you have the possibility of being heroic, of accomplishing something that no one else has done. Of making a change in the world that gets reflected in society and changes millions of people’s lives. And that’s the reason why you face down these dark days, you band together, and you work very hard to solve them. And that’s your chance to be heroes.”

I pictured a soaring orchestral score underneath Hoffman’s words. Here’s how they apply to anyone facing daunting challenges.

1. Know that challenge is designed to warp your fortitude.

That’s what challenge does: It changes your modus operandi. It wears you down. It brings fear and doubt to the surface. It can negatively affect your outlook and the way you perform.

If you let it.

What if, instead, you saw challenge as an igniter of the best version of yourself? Revel in it. Remind yourself of what it means to challenge–it’s to put opposition against or test the abilities of something. If it weren’t for challenge, we’d be in a mode of repetition and the path of least resistance. We wouldn’t be challenging much of anything–our assumptions, the status quo, or ourselves. Becoming a better-self fuels fortitude.

Know that you’re not alone in what you’re facing. You’re not alone in the self-doubt your monumental challenge is creating, in how tired it’s making you, in how frightened at the thought of failure you might be. As Hoffman says, and in my experience too, everyone faces “a valley of the shadow.” I’ve certainly experienced “existential challenges” as an entrepreneur. Where something I was working incredibly hard toward led to failure, not fruition.

But I’ve learned from it and feel better equipped to try again. Knowing I’m not alone in the struggle gives me an odd, quiet strength.

So band together with compatriots in your darkest hour for fortitude. If you’re a solopreneur, know that you’re still not alone because other solopreneurs are feeling/have felt what you are as you face down your own daunting problem.

Whatever you’re facing that’s hard, it’s hard for a reason. That’s why not just anyone can do it. And if it’s hard, then solving it must produce something meaningful. All the marginally important contributions have been made already because it’s low-hanging fruit. That makes solving for the harder stuff all the more important, all the sweeter.

Not that it doesn’t or won’t, but that it can’t. A hero becomes a hero by slaying a beast, not by swatting a mosquito. Any storyteller will tell you that heroes must go through a journey. It’s the basis for so many movies–hero rises, reaches a mountain, nearly falls off the mountain, hits a low, recovers, emerges victorious. There must be valleys before peaks or there are no heroes.

Ask yourself, if I can get past this monstrous challenge, in whose eyes will I be a hero? Even if not for you, for them. It’s fuel for the fight.

So keep on the hero’s journey and you might just enjoy a cinematic ending. 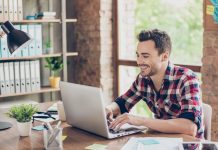 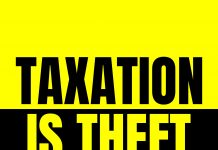 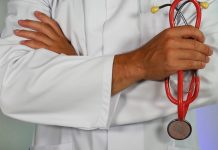 Never Start a Business to Make Money Only

What is SWIFT System? Why it is Important?